The Allegation Against Punjab Police for Jaipal Bhullar Encounter 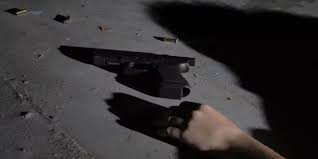 The Father of Jaipal Bhullar who is Bhupinder Singh had filed a petition in Supreme Court constructing allegations against Punjab and Haryana Police stating that his son’s death is not a case of the encounter instead it is a case of custodial death.

Jaipal Singh Bhinder was one of the most wanted drug smugglers and gangsters in Punjab. There have been more than 50 criminal cases filed against him and after killing two police officers in Ludhiana in May Punjab police have been eyeing him. According to Punjab police they got the news that he and his partner Jaspreet is hiding in Kolkata in a flat and when police got into the flat the gangsters started firing and in that firing, he was shot to death. But according to Jaipal Bhullar father’s this version of the story is fabricated by Punjab police and it’s not the true version.

According to his father, it’s a case of custodial death as when the dead body of his son was handed to him he had noticed various injuries caused on the body which may not occur in case of an encounter. He also accused that the postmortem report has been influenced by police. In the petition, he also requested to conduct another postmortem.

Punjab and Haryana High Court had dismissed the petition and so the petitioner moved to Supreme Court. Because of this serious contention of Petitioner Supreme Court bench comprising Justice Indira Banerjee and MR Shah have ordered Calcutta High Court to take up the matter and conduct the second autopsy as demanded by the Petitioner.