Section 124A IPC: Supreme Court to hear Petition on JULY 27 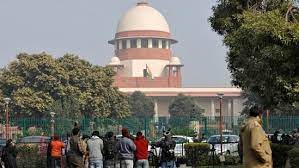 Kirechandra Wangkhemcha and Kanhaiyalal Shukla, two journalists from Manipur and Chhattisgarh, filed writ petitions at the Supreme Court requesting the court for a writ, order, or direction ordering Section 124A of the Indian Penal Code, 1860, to be ruled unconstitutional and void. Counsel representing the two petitioners submitted to the Supreme Court that its decision in Kedar Nath Singh v. State of Bihar, 1962, may need to be reconsidered wherein the constitutional validity of the section was upheld.

Section 124A of the Indian Penal Code states that anyone who seeks to incite hatred or contempt for the government established by law in India through words, whether spoken or written, signs or visible representation, or any other means, shall be punished with imprisonment for life.

According to the petition, the restriction imposed by section 124A is irrational, hence, does not constitute a valid restriction under Article 19(2) of the Constitution. It infringes the fundamental right guaranteed by Article 19(1)(a) of the Constitution of India, which guarantees that all citizens shall have the right to freedom of speech and expression. Section 124A is extraneous to safeguard state security and public order.

Meanwhile, the Foundation of Media Professionals, journalist Shashi Kumar, and legal professor Sanjay S Jain have filed three applications in support of the petition challenging the constitutional validity of Section 124A of the IPC. According to Shashi Kumar in his application, the “vague nature” of section 124A allows it to be used as a “political weapon” to restrict free speech.

Attorney General KK Venugopal of India, who was issued notice on the petition by the court on April 30, and Solicitor General Tushar Mehta, who was representing the Union of India, both were granted two weeks to file their responses. The court will hear the matter on the 27th of July.