RV Raveendran: Legislation from the British Era Cannot be Used to Suppress Dissent 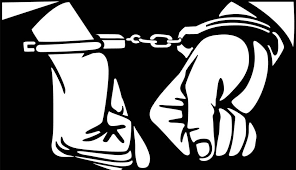 The public’s trust in the judiciary, according to Justice Raveendran, is incredibly important. “The sovereignty of the judiciary does not lie in determining cases or enforcing sentences,” Justice Raveendran remarked, “but it is the public trust in the court that matters.” Democracy can endure and thrive as long as the judiciary maintains its credibility, he argued, but if the court loses its credibility, democracy’s survival is jeopardized. “I believe that the judiciary is capable of addressing and resolving contemporary issues, as well as providing the best possible service to society,” he said.

According to Justice Raveendran, wealthy people hire better lawyers, fight their cases better, and have a better chance of succeeding because their cases are presented in a better manner, whereas the system allows for appeals, reviews, and curative petitions since the poor who do not have access to the best lawyers and are unable to defend their case. When it comes to the issues, they must be watchful and make swift decisions. “When a matter involving a wealthy individual comes up, the court should be cautious not to be swept away by misleading evidence,” Justice Raveendran stated. And, if a poor person’s case is brought up, the court should be aware that he is unable to state his case adequately and ensure that he is treated fairly.

In response to the pending cases, Justice Raveendran suggested that alternative dispute resolution options be encouraged.

Former Chief Justice of India Justice K. G. Balakrishnan observed that while the diversity of laws is not a major problem, the multiplicity of authority generated by the laws is. On obsolete legislation, Justice Balakrishnan suggested that a highly efficient group of top professors and jurists be formed to create appropriate amendments.

When prompted why similar instances before benches and judges may result in different rulings, sentencing, and penalties, he responded that every judge has some personal prejudice and their ideology at play. An experienced judge, on the other hand, would know what the appropriate penalty is.