Right To Property – Journey from Fundamental Right to Constitutional Right 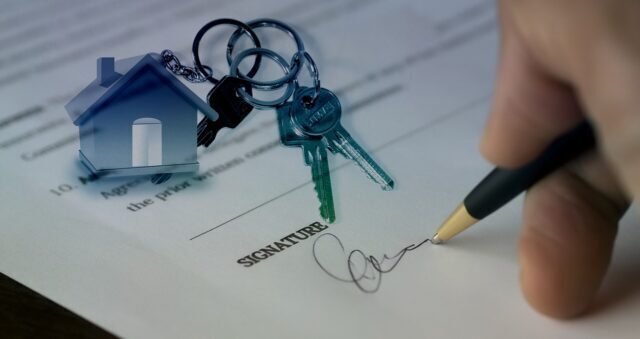 Abstract – The historical foundations of Indian experiences and conceptions of property and wealth are considerably different from those of Western countries. The current property system, as we know it, sprang from unique events in Europe throughout the 17th and 18th centuries, and hence its lessons were not generally applicable. The concept of property rights is another economic sector where the solution is both complex and crucial. The author attempts to determine the motivation behind this unfortunate move.

Property rights are not recognized as basic rights in the Indian Constitution. The 44th amendment, passed in 1977, made the right to acquire, keep, and dispose of property no longer a basic right. However, Article 300 (A) was added to another section of the Constitution to state that no one’s property may be taken away unless by law. As a result, the basic right to property has been replaced with a statutory right to property.

This theory allows a sovereign to purchase private land for public use if the utility of the land can be shown beyond a reasonable doubt. In the current setting, this concept resurrects the age-old conflict over state authority vs. individual rights. Here comes the DID (Growth Induced Displacement), which refers to the forcible removal of communities from their homes, often from their ancestral lands, for the sake of economic development, and is considered a violation
of human rights on an international level.

Essential elements of this Doctrine:

As indicated above, the deleted Article 31 imposed two constraints on Eminent Domain power.

SUPREME COURT’S APPROACH TO THE RIGHT TO PROPERTY

The approach of the Supreme Court regarding the right to property may be separated into two phases:-

However, this has been a piecemeal approach, and much more has to be done to restore the constitution’s original balance. This indicates that property acquisition is not just temporal but must also adhere to spiritual rules. Indian ideas understand that while the property can be enjoyed that has not been gained exactly according to the law, it cannot be termed the person’s true property.

Right to Property as Constitutional Right
The backlash against Articles 19 (1) (f) and Article 31 of the Constitution as Fundamental Rights began almost immediately after it was enacted in 1950. Thus, times have changed drastically in recent years. India is no longer viewed solely from the perspective of socialist politicians. It’s India Shining as viewed through the eyes of financial behemoths like the Tatas, Ambanis, and Mahindras, who have an inexplicable passion for capitalism, money, and markets. There’s another point of view. Industrialists and developers are vying for land across the country to establish Special Economic Zones.

Previously, the Supreme Court had defined some basic and unchangeable parameters and features of the Indian state and constitution, such as the country’s democratic form of government, as its basic structure, which could not be changed even by constitutional amendment, in the famous Kesavanand Bharti case of 1973. However, in his decision, Justice H.R. Khanna made a brief remark to the effect that citizens’ fundamental rights may not constitute a fundamental component of the Constitution.

Flaws in the 44th Amendment Act
The amendment was passed without considering the following disadvantages:
a. The close relationship between property and other fundamental rights, which the Janata Party promised to restore;
b. The impact of this change on the legislative power to acquire and requisition property;
and
c. The relationship between state policy directive principles and fundamental rights.

Implications
a. The Right to Property would no longer be a Fundamental Right, but rather a Constitutional Right. Only the High Courts, not the Supreme Court, can now question the legislation that infringes the fundamental right to property.
b. With the repeal of Article 31, the government was no longer obligated to recompense anyone whose land had been taken under the authority of a statute enacted by Parliament.

As of now, it is beyond the scope of my research and understanding to determine whether Proposition (ii), i.e. property deprivation without compensation, is still legally tenable, especially in light of the Supreme Court’s ruling in the Maneka Gandhi case, which stated that every provision of the Constitution must be explained in a fair, just, and reasonable manner. As a result, any law that deprives a person of his property must do so in an explainable manner. It may be claimed that the only legitimate way to deprive someone of their property is to provide them with appropriate recompense. This debate, however, is not entirely relevant to the topic of this article.

Personal rights such as the ability to vote, freedom of expression, and personal liberty were once regarded to have a greater position in the hierarchy of values than the right to property. As an outcome, judges are expected to strike down legislation that infringes fundamental rights than those that infringed property rights. However, courts of law have determined that the distinction between the two is illusory and that no one appears to have given any consideration to why property rights are not personal rights. In 1972, the Supreme Court of the United States, which had priorly provided a warm welcome to the difference between property and personal rights and accorded the former a preferred status, laid to rest both the difference and the preferred status of so-called personal liberties or rights by announcing that the dichotomy between property liberties and personal rights is a false one.

Whether the property in conflict is a home, a welfare check, or a savings account, the right to enjoy property without illegal deprivation is an aspect of a personal right, just like the right to travel or the freedom to speak. In reality, the human right to liberty and the personal right to property are fundamentally intertwined. Without the other, neither could have significance.