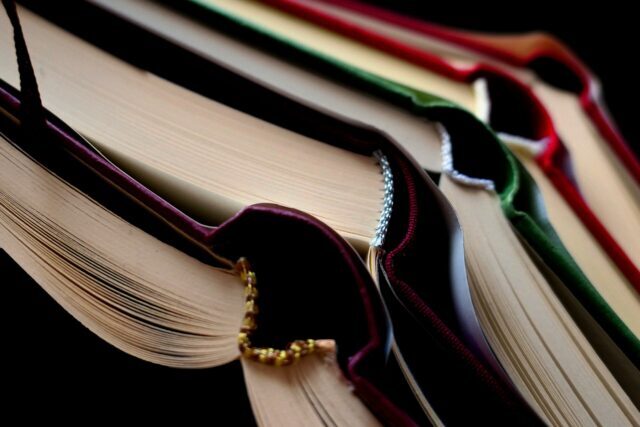 Over time, many changes occur in society; these changes have both beneficial and harmful consequences. As the nature of law evolves, new laws and amendments are introduced into society to regulate the violation of living beings’ rights, privacy, and security.

There’s a Bible proverb that goes something like this: “Either you can believe all of it or you can’t trust any of it,” and that’s how fake news spreads. If you can’t distinguish which news is real vs phony, which is truth vs lies, many people will quickly throw up their hands and declare that none of them can be trusted.

The law of social changes as trends change. People are discovering new ways to conduct crimes in a high-tech manner as time progresses. However, by adopting new statutes and enactments, the law has broadened its jurisdiction and begun to remove these flaws from society. As a result, the Government of India has submitted a bill called the Fake News (Prohibition) Bill, 2019.

The Fake News (Prohibition) Bill of 2019 was passed to make it illegal to create and distribute fake news in the media, as well as other related issues. In India, fake news refers to misinformation or disinformation conveyed by word of mouth and conventional media, as well as more recently through digital modes of communication such as altered videos, memes, unconfirmed adverts, and rumors circulated on social media. This statute applies to the entire country of India, it includes:

a) Misquotation of one’s remark is an example of fake news.
b) Altering audio and video files, causing facts and context to be distorted.
c) For the advantage of a person, agency, or entity.

Objectives of the Bill

Fake news has made it easier to spread false information in the era of the internet, where anybody can submit a report or a comment that appears to be a news item and declare it to be accurate and factual. Fake news or information must display or intend to exhibit propaganda to blacken or disgrace one’s reputation or create or plan to induce fear, division, turmoil, violence, or hate. Due to the propagation of fake news on social media platforms such as Whatsapp, Facebook, and Twitter, a huge number of mob lynching occurrences have been recorded around the country. Political parties were also discovered to be distributing misinformation on social media during the country’s elections, according to studies.

To control and the spread of fake news in any form, whether it is through circulation, sharing, misquotation of statements, editing of audio and video clips, fabricating content, undermining, sowing seeds of enmity, sedition, hatred, disseminate, edit, abet, etc., a debate took place in the House of Lok Sabha on the subject on February 8, 2019, and Shri. Tej Pratap Singh from Mainpuri proposed before the Hon’ble Chairperson to introduce The Indian media research organization CMS indicated in a report by The Guardian that the growth of false news was due to India’s “lack of (a) media strategy for verification.” Additionally, reporters and journalists have been imprisoned for “making false stories, “particularly when the pieces were contentious.

In Alakh Alok Srivastava v. Union of India2, the Supreme Court of India acknowledged the problem of infodemics in India and issued an order for state governments to follow the Centre’s orders to combat the threat of fake news. The top court also highlighted the necessity for the government of India to provide a daily bulletin through all media outlets as a source of real-time verifiable information on Covid-19 to alleviate the fear and apprehension generated by the uncontrolled flow of fake news.

The recent mass evacuation of migrant workers was caused, according to this petition, by the anxiety induced in the minds of the laborers as a result of bogus news that inflated the duration of the lockdown to endure for more than three months. Poor migrant laborers were killed as a result of this evacuation, which was brought about by the distribution of illicit information.

Fake news spread over WhatsApp in Odisha, claiming that a person from outside the state had been sick. After an inquiry, the police discovered that the claim was untrue. At the time, India lacks a specialized law to control false news; yet the epidemic is demonstrating the necessity for one.

Provisions of different laws in India

Information Technology Act, 2008 (IT Act)
In India, social media platforms that are classified as ‘intermediaries’ under Section 79(2)(c) of the Information Technology Act, 2008 are obligated to exercise due diligence when performing their tasks. Initially, under the Act and the April 2011 guidelines, intermediaries were not liable if they were not responsible for the origination, transmission, or reception of such content across their reach. As a result of this change, intermediaries gained protection, allowing them to be slackers in their efforts to combat bogus news.

When the government realized its error, it devised a remedy on the opposite extreme of the spectrum, instructing intermediaries to proactively block information. These restrictions have been compared to censorship in China. The government can use this as a political weapon to suppress stuff that does not benefit them. The free expression would be harmed by such a law.

Indian Penal Code (IPC)3
Section 505(1)(b) of the IPC deals with the dissemination of false and malicious material that causes fear or panic in the general public, or in any segment of the general public, with the intent of inducing an individual to commit an offense against the state or public peace. The offender under this section can be punished with imprisonment of a maximum of 6 years and a fine. Section 505(1)(b) combined with Section 54 of the DMA have been envisaged to include the expansion of fake news to a large extent.

The actual issue with fake news is fraudulent information that is disguised as real news in the form of unpaid pieces. The malice requirement might be avoided, and the spreader of misleading information could face severe responsibility and exemplary damages. The implementation of strict responsibility, on the other hand, would need tracking the disinformation back to its source, which has been recognized as a time-consuming and inefficient procedure.

Disaster Management Act, 2005 (DMA)4
Section 54 of the DMA professes to handle ‘false alarm or warning as to disaster or its severity or magnitude, leading to panic’ and this has been applied while recording arrests so far. It makes the offense punishable with imprisonment up to 1 year and the imposition of a fine. The same provision, on the other hand, has long been criticized for being too narrowly focused on catastrophes at a time when the breadth of false news is far broader.

While this one-of-a-kind characteristic of the Act restricts its use to disasters, it does have a good side effect. It ensures that the use of this clause does not extend beyond the extraordinary circumstances of a disaster, preventing the government from using it to further restrict free expression.

Restriction of some rights can be permissible in the context of major public health hazards and public emergencies endangering the nation’s survival, according to international human rights law. The size and severity of the Covid-19 epidemic have elevated it to the status of public health danger, justifying limits on freedom of expression and speech. Such limits, however, must adhere to the standards of international human rights law. The same has been enshrined under Article 19(3) of the International Covenant on Civil and Political Rights (ICCPR)5 which requires the limitations to have a legal basis, to be solely significant, to be subject to review, and to be proportionate to acquire the aim. While it is vital to take steps to prevent the spread of disinformation, there is an unintended consequence. Efforts to combat false news might result in the imposition of censorship laws or the suppression of critical thinking that is essential to make educated judgments. To combat the spread of disinformation, Thailand’s government recently enacted restrictions that included a blanket prohibition on communications that are either “false” or “misleading”. The Thai government used this method to detain an artist who challenged the government’s reaction to the current public health crisis.

During this situation, it is critical to combat bogus news. It should not, however, come at the price of free expression. Temporary measures that take away some liberties in the near term but do not turn out to be a political weapon for any ruling administration are the way ahead in suppressing free expression. Temporary measures will allow the government to make necessary modifications to the current system to safeguard us. We should allow the government to protect us in our weak state, but this should not result in the government abusing our frailty. To combat the rapid spread of fake news, the government must collaborate with the public and intermediaries. We must do so; else, fake news may prove to be as deadly as the epidemic. Without a question, the problem of fake news and fake is growing like wildfire around the globe, necessitating the passage of legislation to regulate and restrict the transmission of fake news on social media and other platforms. The bill was constructed and prepared with the goal of prohibiting the transmission and distribution of false news, and thus “The Fake News (Prohibition) Bill, 2019” was created and presented to the Lok Sabha.