RIGHT TO FOOD AND SHELTER ON THE TOUCHSTONE OF ARTICLE 21 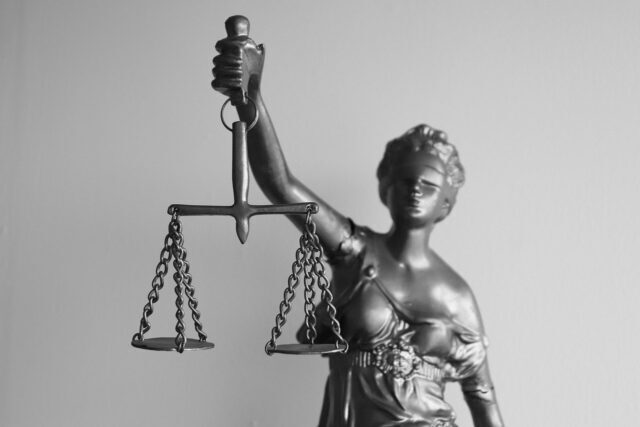 Interpretation of Article 21 has been given the widest amplitude post the judgment of Maneka Gandhi and since then it has included rights such as the right to food, the right to shelter, and a host of other rights.

Article 21 is one of the most vital and indispensable fundamental rights that is enshrined in part III of the Indian constitution. It guarantees the right to life and personal liberty to each and every individual irrespective of his citizenship and states that no individual would be deprived of the above-mentioned rights except according to the procedure established by law.

The interpretation of article 21 was initially given a very restrictive and narrow meaning soon after the commencement of our constitution. It was after the landmark judgment of Maneka Gandhi v UOI1 that the scope of article 21 was drastically widened. Prior to Maneka Gandhi’s judgment, Article 21 guaranteed the right to life and personal liberty only against arbitrary and unreasonable executive actions and not from legislative actions. The arbitrary and unfair state actions that interfered with the life and personal liberty of the individuals could be protected and upheld if it was validated by the law. However, after the judgment of the Maneka Gandhi case, it was held that Article 21 protects an individual’s fundamental right of life and personal liberty from the arbitrary, unjust and unreasonable actions of both the executive and the legislature. To deprive a person of his rights under Article 21, there has to be a valid law and the procedure prescribed by the law has to be just, fair and reasonable.

Maneka Gandhi v. Union of India 5
This landmark case examined the amplitude of the phrase “personal liberty” used in Article 21. The passport of the petitioner in the given case was impounded by the government under the Passport Act 1967 in the interest of the general public. The majority judge bench, in this case, construed the term ‘personal liberty in the widest possible manner and thereby, exercising the rules of natural justice held the act of impounding of the passport as illegal. The court overruled AK Goplan and held that Article 21 was inclusive of Articles 19 and 14. The court held that in order to deprive an individual of his personal liberty, there must be valid law, prescribing a procedure and the procedure so prescribed should be fair, just, and reasonable.

The judgment of Maneka Gandhi paved way for the liberal interpretation of Article 21, thereby leading to the inclusion of a host of rights as fundamental to life and personal liberty under Article 21. These included the right to livelihood, right to clean air, right to privacy, right to gender expression, right to food, right to shelter, right to health, right to education, right to sleep, right to die, and a bunch of other derived rights.

RIGHT TO FOOD AND SHELTER

Food is one of the most crucial compelling necessities of human life after air and water. All the activities of mankind are directed towards satiation of this very need. It provides the much-needed nutrition to the human body which is vital for survival, growth, and bodily development. It is needless to further underscore its importance further given its prima facie absolute importance for the continuation of life on earth. Juxtaposed to this very importance of food for survival, there exist several lakh people in self-sufficient and food secure countries like India who die every day out of hunger and starvation. The vicious circle of the twin evils of poverty and unemployment often leads to hunger, prolonged malnutrition, and distress. Even if the direct cause of many such deaths may not appear to be from starvation prima facie, the somber reality remains unchanged that lack of food and avenues of employment often leads to prolonged periods of malnutrition, making them more vulnerable to diseases and distress, thereby, ultimately resulting in their deaths. On one hand, where the poor dies of hunger, it is even more appalling to note that the granaries of the FCI abound in food grains and often rot over there. Policy changes for appropriate nutrition requirements and distribution of food grains free of cost to the needy and destitute have to be executed with due diligence in order to correct this perpetuating wrong and ensure justice.

There is an imperative need for a paradigm shift from viewing the policy changes inequitable food distribution as acts of benevolence to that of it as the right of citizens. Various judicial pronouncements have been rendered in order to correct this perspective and ensure equity. Given the centerpiece importance of the right to food, the right to shelter also forms one of the very vital subsidiary human rights. A permanent roof on the head has traditionally been a sign of social security. It provides the much-needed material support and security for the realization of our avenues. It is an important indicator and buttress for the necessary progress and growth of the human being. The right to shelter, thus, forms an intrinsic part and parcel of the right to live with dignity.

The right to food and shelter, thus, form an indispensable and rudimentary need of human life. They are the bare necessities of life that go into everyday survival and ensure a dignified life. Given the expanding scope of Article 21, which has been given the widest possible interpretation through the various bold judicial enactments and decisions in recent times, Article 21 has included within its sweep an array of rights that have been deemed fundamental for a reasonable survival and realization of the worth of human lives.

The fundamental right under Article 21 that guarantees the right to life includes the right to live with human dignity with such basic amenities of life such as food, clothing, shelter, education, livelihood, medical care, decent environment, etc. that provide a reasonable standard of living, thereby providing scope for the development of human resources as a whole. Besides Article 21, Constitution, through the instrumentality of DPSP under Article 39 A and 47 mentioned in part IV of the constitution have also cast a positive obligation on the state to take affirmative steps, so as to meet the ends of equity and justice. Article 39A requires the State to direct its policies so as to secure all its citizen’s adequate means of employment and Article 47 directs the state to raise the level of nutrition and standard of living of its citizens by providing them avenues of shelter, clothing, education, health, and other amenities for integrated development.

The right to food and shelter can thus be enforced under article 32 of the constitution. The Supreme Court, through its various pronouncements, has rightly held these rights as fundamental to survival and has thereby kept it under the ambit of Article 21 of the Indian constitution.

Article 21 rightly seeks to serve the interests of all individuals irrespective of their by validating their right to life and personal liberty. By including the sets of rights that are crucial and imperative for the survival of human beings with dignity and that form an indispensable part of the basic human rights, it serves the purpose of equity, justice, fairness, and principles of natural justice.