Regulation of IBC Laws in India 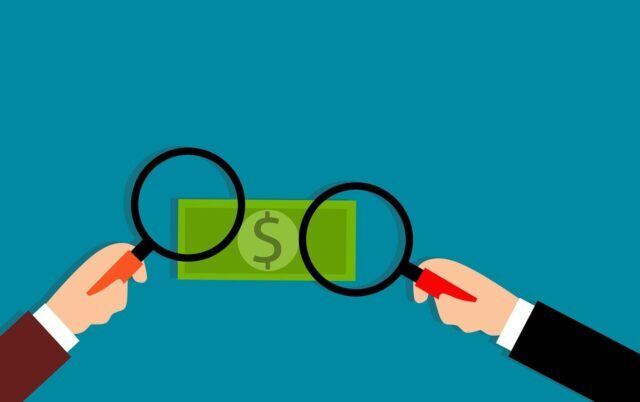 One of the main changes in India’s overall set of laws is the Insolvency and Bankruptcy Code. This is on the grounds that the IBC does not just make India more grounded as far as the lawful structure, yet it additionally gives it another financial character and acknowledgment on an overall scale. If a disagreement emerges concerning bankruptcy, the debtor and the creditor have the authority to commence insolvency procedures against each other under the IBC, which is a combined study of numerous legal committees. With the President of India’s consent, the Insolvency, and bankruptcy Code 2016 became effective on May 28, 2016. Before that, there were long cycles that didn’t impressively offer a financially functional arrangement anyway as of now, this code is a one-stop reply for settling liquidations. To give a single guideline to Insolvency and Bankruptcy related issues, the Indian Insolvency framework went through a complete upgrade blending a couple of past guidelines (merging of 13 existing laws).

Meaning – Insolvency generally occurs when a person is unable to pay their debts to the creditor at the expected time frame. Bankruptcy, on the other hand, occurs when a court of competent jurisdiction declares a person or a business insolvent and issues necessary instructions to rectify the situation and safeguard creditors’ interests. Bankruptcy is a legal process by which an insolvent borrower seeks relief from his or her creditors.

Evolution – A statute was passed in 1828 that marked the commencement of insolvency-related law in India. In 1848, the Indian Insolvency Act established a division between traders and non-traders. There was no legislation dealing with insolvencies in non-presidency districts until 1907. The new Companies Act was approved in 2013, making several modifications to the corporate insolvency procedure.1 Chapter XIX of the Firms Act of 2013 dealt with the resurrection and rehabilitation of ill companies. This chapter has been removed since the IB Code now covers the full revival/rehabilitation method or mechanism. The Insolvency and Bankruptcy Code, 2016 consists of 255 sections (divided into 5 parts) and 11 schedules. At this point, the IBC is the main regulation that oversees indebtedness, insolvency, and the recreation of failed organizations, reducing the job of earlier regulations.

The 2016 Code lays out a period-restricted strategy for settling indebtedness. At the point when a debt holder defaults on an installment, loan bosses hold onto responsibility for the debt holder’s resources and have 180 days to settle the indebtedness. To guarantee that the goal cycle chugs along as expected, the Code awards debt holders’ resistance from banks’ goal claims during this time. The Code likewise unites components from existing regulation to give a solitary scene to borrowers and lenders, all things considered, to address bankruptcy.

The IBC, 2016, specifies a Rs 1 crore least boundary for starting the pre-packaged bankruptcy goal strategy. It considers the excusal of simultaneous bankruptcy goal process and pre-packaged indebtedness goal process petitions documented against a similar corporate borrower. Punishment for starting a pre-packaged liquidation goal strategy deceitfully or malignantly to misdirect others, as well concerning the fake organization of the corporate indebted person during the cycle. Offenses including the pre-staging insolvency goal strategy are culpable.

RELATION OF NCLT WITH IBC

In contrast to concerns expressed during the IBC’s creation and later talks regarding the difficulty of quickly installing adjudicating capability, the NCLT is capable of fulfilling the job of adjudication under the IBC. While the NCLT’s present operation has defied expectations from previous insolvency cases, there are clear gaps between how the NCLT operates under the IBC and what is intended by the statute.2 The empirical investigation on whether the NCLT is able to provide judgments within the timeframes required by law, as well as if the judgments are consistent with the function envisioned by the legislation, reveals that there exist gaps. From an adjudicating authority for the Insolvency redressal process of companies and individuals to the power prescribed to NCLT, it can be said that NCLT plays the most important role under IBC. It provides simplicity for financial creditors, operational creditors, and corporations to collect money from debtors.

Corporate Insolvency Resolution: During the resolution of Corporate Insolvency, the creditor should record an application with the NCLT for starting bankruptcy redressal procedures. The NCLT will be expected to either acknowledge or dismiss the application within 14 days of documenting the application. When the application has been acknowledged by the NCLT, the administration of the indebted person is suspended and the transitional power, selected by the NCLT and alluded to as the ‘break indebtedness goal proficient’ assumes control over the administration of the corporate debt holder. Further, as soon the application for CIRP is conceded by the NCLT, a ban produces results on the corporate indebted person, which forbids the continuation or commencement of any legal actions against the debt holder, the exchange of its resources, or the requirement of any security interest. Within 30 days of the NCLT admitting the application for CIRP, the interim resolution expert reviews the creditors’ claims and forms the creditors’ committee. The panel of loan bosses then, at that point, names a free individual as the goal proficient, alluded to as the Insolvency Resolution Professional (‘IRP’) to assume control over the administration of the corporate borrower for the rest of the CIRP. Within 180 days of the commencement of the CIRP, the IRP is expected to draw up a goal plan for the restoration of the corporate borrower. Such an arrangement should be supported by lenders holding no less than 75% of the obligation of the corporate account holder.3

In Aditya Enterprises vs Rajratan Exim Pvt. Ltd.4, due to the non-payment of a debt owed to them by a corporate debtor, Aditya Enterprises applied. The adjudicating body stated that just receiving a loan cannot be considered an operational/financial obligation; nevertheless, the purpose of the loan is equally significant. Because the receipt makes no indication of the corporate debtor taking the loan for commercial purposes. The presence of a disagreement does not preclude the occurrence of a default; there is no indication that a due date exists.

In Sree Metaliks Limited and another V. UOI and Anr.5, The petitioner had challenged Section 7 of the 2016 Insolvency and Bankruptcy Code, as well as the provisions governing it, in the 2016 Law of Insolvency and Bankruptcy (Application to the Adjudicating Authority). In a petition lodged under section 7 of the IBC, the petitioner contended that IBC 2016 did not provide any chances to hear from a corporate debtor. The Calcutta High Court stated that the necessity for NCLT and NCLAT to follow natural justice principles may be found in Section 7(4) of the Code and Rule 4 of the Insolvency and Bankruptcy (Application to Adjudicating Authority) Rules, 2016. It was decided that the NCLT must provide the financial debtor a reasonable chance to present his or her case before admitting the petition filed under Section 7 of the Code.

In Bank of Baroda V.Rotomac Global Pvt. Ltd and Rotomac Exports Pvt Ltd6 The COC was suggested by the resolution professional for a 90-day extension of the CIRP. The COC, on the other hand, voted against it. As a result, the RP filed for the corporate debtor’s liquidation. The Competent authority held that the resolution to extend CIRP failed because no resolution plan was submitted within 180 days of the program’s start. As a result, the liquidation of a corporate debtor was acknowledged.

Since the inception of the Insolvency and Bankruptcy Code in 2016, the issues relating to creditors and debtors have vastly improved. It has recognized the competent authority for the implementation of more efficient laws since the existing insolvency legislation does not demonstrate reliability due to issues such as delays in appointment and permissions, stock of non-performing assets, and so on. It needs to strengthen the process by attracting a broader variety of strategic purchasers who are prepared to bid on assets and present resolution plans following the code. It can also improve by putting in place more and more effective Asset Reconstruction Companies to help with dispute settlement.