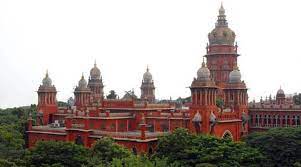 This was held by the bench of Chief Justice Sanjib Banerjee and Justice Senthilkumar Ramamoorthy who was dealing with the public interest litigation, petition moved by M Karpagam. Earlier, the court asked the state to file a report on how far public buildings are accessible for differently-abled persons. The court asked the state to create a list of buildings with the facilities including toilets for the different persons, let the matter stand over for two months for a more detailed report to be filed. The bench further emphasized that the concerned authorities, particularly the public works department and its officials, should be acquainted with the governing statute (rights of persons with disabilities Act 2016) and the national building code to ensure that all instructions contained in the same are adhered to without any exception.

During hearing the Chief Justice Banerjee admitted that when he visited two of the lower courts there were no such facilities made for the differently-abled persons and this to be taken into consideration. He added that he has instructed the principal district judges to ensure that the court gets ramps installed. The courts should have at least one toilet close to the entrance on the ground floor that is disabled-friendly. Concerning this, the new transport buses should also be termed to be disabled-friendly was the court recalled that this has to be directed by the transportation department. Take the comprehensive measures to make all public buildings, particularly where citizens are likely to come they must be disabled friendly, said the Chief Justice to the State.

Advocate R Prabhakaran appeared for the petitioner. The case was adjourned by eight weeks and will be taken up on September 13. This is in the light that every human has to be treated equally. Though they have some defects in their body they shouldn’t feel the way they are different from others. So this has been kept in consideration by the court and working on this serious issue.