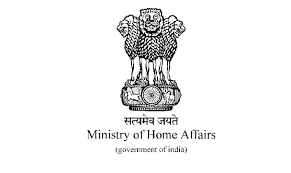 With several rape cases coming to light in the country, the Ministry of Home Affairs has issued advisory to states on dealing with crimes against women. The directive comes amid criticism of Uttar Pradesh police for its handling of the Hathras case. The police has drawn flak for allegedly intimidating the kin of the deceased, refusing to hand over the body of the victim to the family, and collecting forensic 11 days after the crime.it said that the government has taken steps to strengthen legislative provisions to deal with incidents of sexual offences against women and girls.

As per the order of the Union government, all the states are required to register an FIR, collection of evidence for forensic examination and use of Sexual Assault Evidence Collection kit, completion of investigation in sexual assault cases in two months, use of National Database on Sexual Offenders for identifying and tracking repeat sexual offenders act. In case the crime is committed outside the jurisdiction of a police station, the victim can file a “Zero FIR”.

The Ministry issued the advisory on Friday after a 19 year old Dalit girl was allegedly gang-raped by four men in Uttar Pradesh’s Hathras leading to her death. As similar crimes were reported in Jharkhand and Rajasthan and other states leading to protest and political outcry, in sake of that the Ministry took the step to issue the fresh advisory.

In the advisory guidelines, it referred to its May 16, 2019 advisory on a “failure to record information under sub-section (1) of Section 154 of CrPC punishable under 166A of the Indian Penal Code. The MHA took reference of its another advisory dated December 5,2019 regarding timely and proactive action by the police in cases of crimes against women.

The ministry also had recently distributed SAEC kits to states for better investigation of sexual crimes through forensic evidence. The advisor stated that the failure of the police to comply with these mandatory provisions may not augur well for the delivery of criminal justice in the country, in the context of women’s safety and against those who are disregarding these rules “Strict action’ is warned .

Petitioner is Allowed to Travel Abroad on Deposit of 50% Amount Recovered from Smuggling
Stay on Farm Laws by the SC
Section 124A IPC: Supreme Court to hear Petition on JULY 27