Media and Entertainment Industry within the Web of IPRs 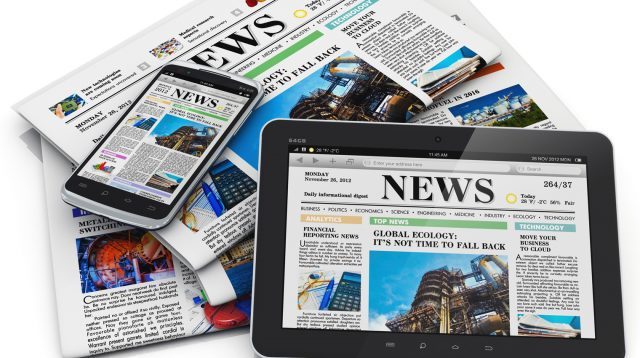 The entertainment industry in India is one of the biggest sectors of its kind in the world having access by people all around is estimated to generate a striking revenue of approximately USD 35 billion.

With digitalization and globalization gaining impetus in the production of content; the media and entertainment industry is thriving through momentum due to dilution and ease in relaxations of various regulations in the governance of the broadcasting sectors by the government.

Though, the impact of COVID-19 has caused the sudden transition from physical to online presentation and consumption of content precipitated by the COVID-19 stay-at-home the Media and Entertainment industry quite succumbed to the various copyright issues.

In this paper, the impact of the coronavirus pandemic on the media and entertainment industry of India along with the legal issues faced by copyright infringement is being studied. The intervention of the courts along with the remedies available is also being deliberated upon.

What are Copyright Infringement and Copyright Piracy?

Copyright is a term that indicates a tool acquired by the media and entertainment industry (hereinafter referred to as M&ES) to protect the original and creative invention of the creator to restrict the unauthorized access of the work. The material is safeguarded by copyright provisions and the owner (inventor) of the intangible asset has the exclusive right for its application. There is a need to protect the original work of the owner from the hazards of copyright piracy and infringement to preserve the efforts of the owner’s creation.

In general, terms, when the creation of the owner is accessed in an unauthorized manner it gives rise to an infringement of a person’s Intellectual property (IP).

Piracy generally is theft or duplication or unauthorized use of the original creation of the owner without any prior consent or approval which has been guarded by the Copyright Act.

Copyright piracy affects both the economic and the creative aspects of the inventor’s property.

For instance: If someone reproduces a song with some variance and distributes the same through all mediums of communication without any prior authorization of the owner, it amounts to copyright piracy.

For companies, UGC can create a bolster of free marketing and get customers engaged but the companies have to be beware of the copyright implications of the user. One may be held responsible if other users if not oneself share the copyrighted content or trademark infringing content which the third party has created.

Obscene or Offensive content infiltrated by the users may hamper the websites ’content acceptability and would be liable for legal consequences.

With the current COVID-19 Crisis and impetus in the use of User Generated Content,

Social Media has captivated the world with its revolutionized trends and the businesses using it to diversify their products and services. One of the biggest challenges faced is enforcement of the Intellectual Property laws in this dimensionless sphere of cyberspace.

Search engines, Web hosts, Internet Service Providers being the prime intermediaries has to regulate the content which is posing as defamatory content, and publishing copyrighted content without the perusal of the owner. Downloading images, videos, or sound files publishing them on social media platforms is quite prevalent thus gaining unauthorized access specifically when the media links are embedded.

In the context of COVID-19, to expose an individual as exhibiting symptoms or as having contracted the virus is as an intrusion of an individual’s privacy and spreading the same in the social media to defame.

Digital music is currently traded on P2P networks i.e. P2P Peer to Peer networking sites are not licensed by record labels and copyright holders, and under the law throughout the world, the activity is thus considered illegal.

Due to COVID, the music industry is regressing. The piracy during the COVID-19 lockdown has dropped to “unprecedented” levels not only in India but all through the world. Legitimate music sources were consumed by the users thought the pirated copies of various works were propagated and issued rapidly like

The following are rampant acts involving infringement is:

The film industries specifically South movies had always fought aggressively the issue of piracy in alarming proportions. Plagiarism is the theft and representation of another person’s thoughts, ideas, or expressions as one’s original work without giving due credit to the original owner.

Plagiarism is especially difficult to prove due to the substantial similarity between plots, ideas, and themes
In the year 2020, a plagiarism claim was made against an Oscar Award-winning movie where the Tamil producer of the movie Minsara Kanna has stated that the movie ‘The Parasite’ is built upon plagiarised work.

The titles of songs, albums, movies, names of bands can be registered for protection under the Trademark law subject where the contents describing the creation ought to be genuine and unique.

These can be registered “entertainment” section includes

“apparatus for recording, transmission or reproduction of sound or images” under the international uniform classification standards.

The doctrine of de minimis has been applied by the Delhi High Court as a defence for copyright infringement. The doctrine states that “the law does not concern itself with trifles”.

The de minimis maxim is much significant in the scenario of the copy infringements which go unnoticed.

The court made the following observations to be considered:

Another remedy the creator can seek is blocking and initiating violators of the Internet Service Providers (ISPs) through which the copyrighted content is circulating wide.

One form of blocking injunction is to have a court order against one or more several internet service providers (ISPs), asking them to implement technical measures to prevent access to websites hosting the copyrighted content.

The Bombay High Court ruled that disputes arising out of copyright infringement aren’t brought under the purview of arbitration. The court held that infringement is typically an issue in personam since a finding of infringement against one alleged infringer does not affect others. This was not the case with validity, since the grant or revocation of any IP right always acts in rem.

The owner can also seek three remedies under Section 58 of the Copyright Act,

The Controller of Patents and Designs (‘Respondent’) were directed by The Intellectual Property Appellate Board (‘IPAB’) issued to grant a patent to TVS Motor Company Limited (‘Appellant’) for an invention related to anti-roll bar which was earlier denied a grant on the grounds of lack of novelty merely it represented being similar though it had differential features.

Plaintiff was using the mark ‘CINEFONES’ for audio-visual equipment in which the company was in the business including projectors, screens, etc. which were subsequently registered in 1979. The Bombay High Court (‘Court’) observed that Cinefones Systems (‘Defendant’) used the trademark of Cinefones (‘Plaintiff’) and also illicitly put to use the Plaintiff’s label for which the Bombay High Court issued an ex parte interim injunction.

The Plaintiffs have approached the Court for an injunction restricting the release of the film “The White Tiger” (‘Film’) produced by Defendant to be released on Netflix.  The Plaintiffs assert that when it came to their knowledge that Netflix was in the process of making and releasing the film on its platform, a notice was sent to the defendant to take necessary actions.  The court directed the defendants

‘To keep detailed accounts of the earnings made from the film so if the Plaintiffs were to succeed in the future, it would facilitate the award of damages or monetary compensation.’

With the current resurgence of the COVID-19 second wave, the innovations and technological expansions are flourishing, so do the copyright laws need to be evolved with the current ramifications prevalent in the Media and Entertainment industry as threats to digitalization.

The efficiency of the Internet Service Providers in blocking the infringed content being hosted is doubtful with less severe alternative measures on row. Indian courts are being confronted with cutting-edge legal issues when it comes to these sectors of the Media and Entertainment industry in reference to Intellectual Property rights, Courts are dealing with challenges in dealing with these issues coupled with the absence of arbitral reference.

Paramount Highlights of The Special Marriage Act, 1954
Theory of Relevancy under Evidence Law
Winding of a Company