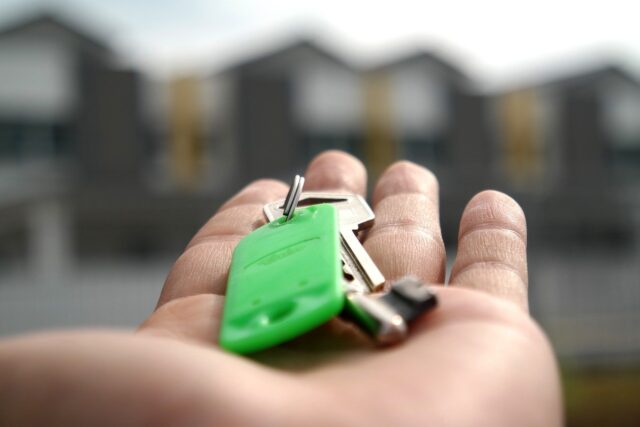 Here, the constitutionality of SARFAESI was challenged, particularly Sections 13, 15, 17, and 34, on the grounds that they are arbitrary and unjustified.

The Industrial Development Bank of India (for short, ‘the IDBI’) issued a notice to Mardia Chemicals Ltd. on July 24, 2002, under Section 13 of the then-current Ordinance, requiring it to pay the amount of arrears indicated in the notice within 60 days, failing which the IDBI, as a secured creditor, would be entitled to enforce the security interest without the intervention of a court or Tribunal, using all or any of the measures contained in sub-section (4) of S The petitioner was also prohibited from selling, leasing, or otherwise transferring any of the secured assets.

Other financial institutions and banks issued similar notices to other parties who filed petitions in various High Courts under the terms of Section 13 of the Ordinance/Act. This was united with a number of other writ petitions filed in several High Courts contesting the constitutionality of the Securitization and Reconstruction of Financial Assets and Enforcement of Security Interest Act of 2002.

The petitioners argued that the Recovery of Debts Due to Banks and Financial Institutions Act 1993 was sufficient to address the difficulty created by NPAs and that the current statute was unnecessary. It is debatable whether the Court should delve into the necessity of a statute while considering its constitutional legitimacy. “The Parliament and Legislatures composed as they are of the Representatives of the people are supposed to be cognizant of the requirements of the people and what is good or harmful for them,” the Supreme Court has previously decided.
The Court is unable to sit in judgment of their wisdom… A law passed by Parliament or a state legislature can be overturned for two reasons:

In BALCO Employees Union v Union of India2, the Supreme Court has ruled that the right place for discussing policy issues is the legislature, not the courts.

In light of the Court’s previous pronouncements, it is evident that the question to be answered is whether the legislation is constitutional. Any discussion of whether a statute is required, particularly in light of another Act whose scope is not in question in this case, was superfluous. As a result, the Court declined to hear the case.

Many petitioners argued that the existing rights of private parties under a contract cannot be interfered with, particularly by putting one party in a more advantageous position than the other. In the present case, for example, in a matter of private contract between the borrower and the financing bank or institution, the borrowers’ rights have been curtailed and enforcement of secured assets has been provided without the intervention of the court, denying them the remedy available under the law by approaching the civil court.

The Appellants are vague on where they find the legal validity of their claim. The Honourable Supreme Court has pointed out that, unlike the US Constitution, there is no bar to prospective contract invalidation in India, and hence such a statute is completely constitutional.3

Indeed, the 44th amendment removed the right to property as a basic right from the Constitution, leaving it only as a constitutional right. Indeed, even while the right existed in part III, the courts ruled that absolute contract freedom, as defined by the idea of leissez faire, was no longer valid.4

The Appellants have also been unable to locate the rights under Art 19(1)(g) and Art 298. The Supreme Court has ruled that these articles are subject to reasonable constraints and that what is acceptable is to be interpreted in the public interest, regardless of how onerous the restrictions are on the individual’s interests.5

In light of these precedents, it’s difficult to identify where the appellants’ reasoning originates. The respondents’ counsels, on the other hand, have not taken a position on the Constitution’s freedom of contract or right to trade, but have pointed out that a similar argument has been raised in a different context, namely statutes providing relief to agricultural borrowers, and has been repeatedly rejected.

It has been contended that certain facts must be determined before the power u/s.13 can be used, such as whether the person to whom notice is given is liable to pay, the magnitude of the liability, and so on. Furthermore, issues such as the law of limitation and bar under consortium agreements, set-off/counterclaim claims, creditors defaults as bailees or failure to disburse credit on time, the changeability of penal interest or compound interest, non-appropriation of funds already paid, and so on and so forth must be resolved.

So, using case law that will be covered in the main project, it was claimed that a lis exists in such a case and that the ability to resolve a lis is a judicial or quasi-judicial power, not solely an administrative function. As a result, a suitable forum must be established to resolve all such disagreements at an early stage.6

The statutory provision becomes arbitrary, procedurally, and substantively unfair if such a forum is not established. This is a false argument based on facts. S.13 does not preclude the use of any judicial venue; it just states that a judicial remedy can be sought only after the secured creditor has used his powers under s.13 (4). This is entirely correct. Many legislations provide for the use of a forum after the aggrieved party has exhausted self-help options.

It was also pointed out that the provisions of s.13 generate some practical challenges that could lead to serious legal errors. Section 2(f) of the Act, for example, specifies that the meaning of the term “borrower” includes the guarantor. A guarantor is relieved of his commitment under Section 135 of the Contract Act in certain circumstances. Now, if a discharged guarantee receives a notification under Section 13(2) of the Act, he cannot approach the Court to show and establish that he is a discharged guarantor because Section 34 prohibits him from filing an action in the Civil Court. As a result, notice under Section 13(2) is unfavourable.7

These concerns have been addressed by Section 35 of the Securitization Act, which states that the Act’s provisions have precedence over all other laws. Finally, it was pointed out that under s.13 read with s.34, the borrower has no right to go to court before the lender employs the rights granted under s.13 (4), exposing him to arbitrary and potentially fraudulent lending practises. It was argued in defence of this section that because the asset cannot be sold for 60 days under Section 9 of the Rules, the borrower has the option of approaching the Tribunal within that time frame. The Court accepted the plaintiffs’ argument in part and added two riders to s.13. To begin with, it was held that the lender had an obligation to reveal the reasons for not accepting the objections or points expressed in response to the notice issued to them before taking action under Section 13 (4). Second, the Court made a comparison to an English mortgage, pointing out that enforcement proceedings under an English mortgage can be contested on the basis of fraud. This section is also subject to such provisions.8

Another point that the Court has overlooked is that a statute must be read in context and in pari materia as a standard rule of legislative construction. The present Act’s s.13 is pari materia with the State Financial Corporation Act of 1951’s s.29. Art 300A, 21, and 14 have all been challenged on the basis of this section’s constitutional vires, specifically that it provides no right of appeal. Though the matter was never heard by the Supreme Court, it was considered by a number of High Courts. The courts have consistently ruled that the Act itself reveals a clear aim and objective and that the power granted under s.29 is intended to carry out that policy, namely, the prompt collection of dues.9

In this case, the Supreme Court held that:

a) The Parliament’s superiority in deciding the need for legislation was emphasised.
b) The connection between the RDB Act and SARFAESI was rejected since the latter deals with the highly particular issue of nonperforming assets (NPAs) (among other differences such as the latter dealing only with secured creditors).
c) As a result, it is up to Parliament to decide whether or not legislation is required.
d) Section 13 was found to be constitutionally legitimate by the Court.
e) The secured creditor is only exercising his entitlement because the default that led to the sec 13 measure might be considered a “second default”—NPA + 60 days extra time to repay following notice.
f) Prior to the 2016 Amendment, Section 13 acknowledged the Right of Redemption in a sense. Rule 8 and 9 of the SI Rules stated that the bank must serve a notice confirming the sale of secured property and that the borrower may pay off the obligation and reclaim possession at any point prior to the actual sale
g) While the Supreme Court confirmed the constitutionality of the section, it pushed hard for borrowers to have the right to representation.
h) The Supreme Court determined Section 17(2) to be arbitrary, and ordered that the heading be altered from “appeal” to “application.”

Impact of the Judgement

The Journey of Freedom of Press in India over the Years
Evolution of Legal Profession in India
Impact of International Trade Laws on the Environment
2022-05-04
Previous Post: Call for Papers: Sharda Law Journal
Next Post: Babloo Chauhan v. State Govt. of NCT of Delhi