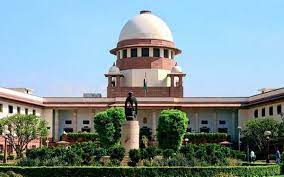 The most controversial election in the history of America is the one occurred in 1800, where the anti- federalists run by democratic republican and vice-president, Thomas Jefferson took the office. Due to the fright of losing the influence, the federalist led congress passed the midnight judges act which was earlier called as “judiciary act of 1801”.  Under this act, they re- organised the federal judiciary and the District of Columbia organic act by appointing new justiceship and judgeship. The head of federalist, john Adams appointed several federalists as judges and they are thus called as “midnight judges or midnight justices of peace” and were approved by congress. As a final step the commissions are supposed to be physically delivered to the appointees by the secretary of state and that was john Marshall.

John Marshall, the chief justice, was unable to deliver the commissions before the Jefferson sworn in the next day.  The undelivered commissions were still in the office even after Madison took in charge as the secretary of the nation. And he was instructed by Jefferson not to approve the new commissions. One among them who never got the commission was William marbury. Congress sanctioned US Supreme Court to issue the writ of mandamus under judiciary act, 1789 where a case was filed against Madison by marbury in United States Supreme Court under its original jurisdiction to bring Madison deliver the commission.

At the initial stage, the chief justice, marshal stated that: “marbury had been lawfully appointed and confirmed as the justice of peace and therefore had a right to his commission”. But unfortunately, court denied to issue the writ by stating that the section of the judiciary act, 1789 is unconstitutional. The section was at odds with the article III of constitution which specifically lays out the original jurisdiction, though it empowers congress to pass laws related to court’s appellate jurisdiction.

The case was stated as a landmark case in the history which led to the emergence of concept ‘Judicial review”.