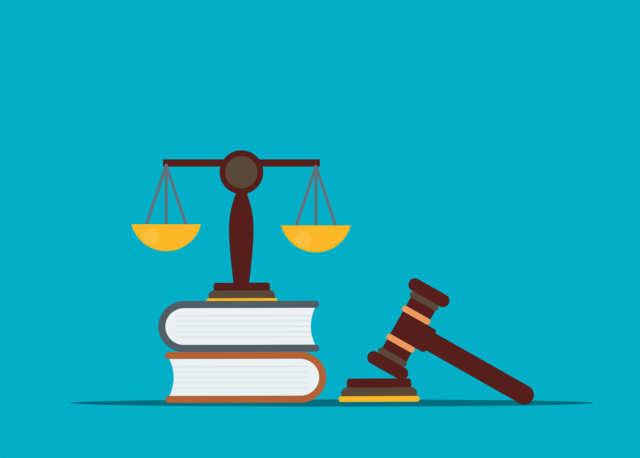 The Government of India has launched a scheme called “Unique Identification for BPL Families.” For the initiative, a committee was also formed. The Committee suggested that a ‘Unique Identification Database’ be created for the project. The project will be divided into three phases, according to the decision. The Planning Commission of India then issued a notification on UIDAI in January 2009. (Unique Identification Authority of India). In the year 2010, the Planning Commission also approved the National Identification Authority of India Bill. The current case was filed by retired High Court Judge K.S. Puttaswamy, who is 91 years old, is against the Union of India, or the Government of India. The case was heard by a nine-judge Supreme Court bench that had been created specifically for the Constitution Bench. Following conflicting judgments from other Supreme Court benches, the special bench was constituted to assess whether the “right to privacy” was guaranteed as an independent basic right.

The case emphasized various concerns about the government’s Aadhaar program (a form of uniform biometrics-based identity card). In the near future, the government suggested that the above-mentioned plan become required for access to government services and benefits. Initially, the challenge was brought before a three-judge bench of the Supreme Court, claiming that the scheme invaded the “right to privacy” provided to Indian people by the Constitution. On account of the Union of India, the Attorney General disputed that the Indian Constitution does not give particular protections for the right to privacy. He based this on observations made at various times in the cases of M.P. Sharma vs. Satish Chandra (an eight-judge bench) and Kharak Singh vs. Uttar Pradesh (an eight-judge bench) (a five-judge bench). Following that, an eleven-judge panel determined that basic rights should not be regarded as separate, unrelated rights, upholding the dissenting opinion in the Kharak Singh case. This also acted as a precedent of following rulings by smaller benches of the Supreme Court which expressly recognized the right to privacy. Moreover, it was in this circumstance that a Constitution Bench was established, which found that a nine-judge bench should be established to assess whether the Constitution contained a fundamental right to privacy or not.

Finally, on August 24, 2017, the Supreme Court issued a landmark decision, declaring the right to privacy a Fundamental Right under Article 21 of the Indian Constitution.

On August 24, 2017, a nine-judge panel of the Supreme Court of India issued a major decision upholding the basic right to privacy guaranteed by Article 21 of India’s constitution. The Supreme Court’s historic nine-judge bench unanimously agreed that Article 21 of the Constitution secured the right to privacy as an essential aspect of the right to life and personal liberty. Privacy is a distinct and independent basic right granted by Article 21 of the Indian Constitution, according to the Supreme Court, which relied on six separate judgments. The decision’s most crucial element conveyed a broad interpretation of the right to privacy. It was clarified that the right to privacy is a broad right that covers the body and mind, including judgments, choices, information, and freedom, rather than narrow protection against physical derivation or an invasion right under Article 21. Privacy was found to be a predominant, enforceable, and multifaceted right under Part III of the Constitution. Overall, the Court overturned the judgments in M.P. Sharma and Kharak Singh because the latter found that the right to privacy was not a fundamental right guaranteed by the Constitution, and the Court found that the judgment in M.P. Sharma was legitimate because the Indian Constitution did not contain any limitations to the laws on search and seizure comparable to the Fourth Amendment in the United States Constitution. Nevertheless, the Court held that the Fourth Amendment was not a comprehensive concept of security and that the absence of a comparable assurance in the Constitution didn’t imply that India lacked a distinctive right to protection by any stretch of the imagination– and thus, the decision in M.P. Sharma was overturned. Kharak Singh’s biased perspective on close-to-home freedom was also invalidated by the Supreme Court. This viewpoint was referred to as the “storehouse” approach obtained from A.K. Gopalan by Justice D.Y. Chandrachud. The Court stated that after Maneka Gandhi, this method of seeing fundamental rights in watertight containers was abandoned.

The Court stated that after Maneka Gandhi, this method of seeing fundamental rights in watertight containers was abandoned. The Court also pointed out that the majority conclusion in Kharak Singh was internally inconsistent, as there was no legal basis for striking down domiciliary visits and police monitoring on any grounds other than privacy – a right they referred to in theory yet ruled to be unconstitutional. The Court further stated that subsequent cases maintaining the right to privacy after Kharak Singh should be viewed in light of the principles set forth in the opinion. The court also considered whether the right to life, the right to personal liberty, and the right to liberty established in Part III of the Constitution protects the right to privacy in affirmative instances. The court decided that privacy “is not an exclusive concept.” It dismissed the Attorney General’s position that the right to privacy should be ceded in exchange for the state’s welfare rights. Overall, while ruling that the right to privacy is not self-contained, the decision also outlined a legal survey standard that should be applied when the state intrudes on a person’s privacy.

It was decided that the right to privacy could be limited where an intrusion met the three-fold requirement of legality, which assumes the existence of law; need, which is defined in terms of a reliable state point; and proportionality, which ensures a reasonable relationship between the objects and the methods used to achieve them. The fourth point of this criteria was added by Justice S.K Kaul, who demanded “procedural assurances against maltreatment of such obstacles. Chelameswar, on the other hand, feels that the “overriding national interest” threshold should be applied only to privacy claims that demand “close inspection.”

The court found that the fair, just, and reasonable criteria of Article 21 should be applied to additional privacy issues and that whether or not to apply the “national priority” standard depends on the facts. The court also stressed the importance of sexual orientation in terms of privacy. It also examined the negative and positive aspects of the right to privacy, namely, that the state is not only prohibited from interfering with this right but is also required to take reasonable steps to protect personal privacy. Information privacy is part of the right to privacy, according to the ruling. Despite the fact that the court recognized the need for a data protection law, it left the burden of enacting legislation to Parliament.