Judicial Review and Its Limitation 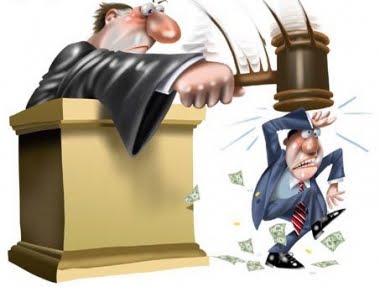 The ambit of the judicial review in India extends to three branches of government:

Seervai had noted in his book titled Constitutional Law of India that “It is a familiar feature of the constitutional design of Canada, Australia and India, although the doctrine of Separation of Powers is absent from the Indian constitution in a strict sense, but the government of India has differentiated its functions sufficiently so that one organ could not usurp that of another”. Judicial review is incorporated into a number of statutes and constitutional provisions. Article 13 of the Indian Constitution provides expressly for judicial review of all Indian legislation, both prospectively and retrospectively. High courts are empowered to review decisions under articles 226 and 277, while the Supreme Court is empowered under articles 32 and 133,134 and 136.  Yet the judicial review had its own limitations.

History and Development of Judicial Review

Judicial review is one of the most significant contributions of the American constitution to India. Chief Justice Marshall noted in Marbury v. Madison what the Court’s duty would be in cases of conflict between ordinary law and the Constitution, where the Constitution would prevail. According to another observation, “the constitution is either a supreme law that cannot be altered by ordinary means or it is on the same level as ordinary legislative acts and can be altered when the legislature deems it appropriate”.  Later India had been developed from this stage of observations through various precedents.  A concept of judicial review already existed In India before the constitution was framed.  In 1935, the government of India act created the Federal Court as a means of arbitrating center-state disputes and for maintaining a vigil over constitutional violations.  Before the Supreme Court of India replaced the federal courts, they vigorously worked on maintaining constitutionality. Until the emergency, the Supreme Court of India had adopted a limited tradition of applying for limited judicial review. The courts have always been pro-legislative, which is obvious from their decisions in A.K. Gopalan’s case. Further, the doctrine of separation had a considerable impact on this concept.  During 1950-1975 there was no much influence of judicial review, but soon thereafter, the Supreme Court of India delivered a number of judgments that helped enshrine judicial review.

The foundation of the judicial review is that any law of the land should not be in violation of the Supreme law of the land that is “constitution”. This was held by the court  in Shankari Prasad vs. UOI it was stated that the judicial review power is limited to Ordinary law and not to Amendments to the Constitution.  While the judgment was reversed in the Golak Nath case and there comes a remarkable judgment Kesavananda Bharati v. State of Kerala. The Supreme Court prevailed by asserting its institutional role vis-à-vis Parliament and enhancing judicial review of its decisions through the Basic Features doctrine. There are numerous cases including Sampath Kumar vs. Union of India , Coelho vs. State of Tamil Nadu, Hollohan vs. Zachillhur, and even the recent case of Navjot Singh Joher vs. Union of India.  Over the years, the doctrine of basic feature has become the bedrock of constitutional interpretation in India. As the result of these precedents, the power of judicial review had become part of the basic structure doctrine of the constitution, and it remains permanent even after the constitutional amendment. Now, judicial review was established through the basic feature doctrine.

Judicial review is still subject to limitations even after it is invoked through the vast interpretation. Constitutional approval of emergency rules at times when national security is undermined is another obstacle to the intensity of the Supreme Court. Under emergency rule, the powers of the national government, and specifically of the chief executive, overstate governments are enhanced. As noted in Article 358, the opportunities set out in Article 19 are suspended during the declaration of Emergency and will continue to be so long as the Emergency is declared. With Article 19 rights adjourned in this manner, no law-based limitations on judicial or legislative power are retained by the constitutional provision. If a State makes a law during this time period, it can’t be tested on the criteria that the law does not conflict with the rights guaranteed by Article 19.

Specifically, article 34 of the Constitution of India empowers the Parliament to reimburse any member of the government or any other individual, for any demonstrations they make in any place within the domain of India where martial law is in force with regards to maintaining or restoring order. Furthermore, it can approve any sentence passed, dispensed, relinquishment order, or other act done under Martial Law.

Discretionary power or Delegated legislation: If judicial review is sought of administrative action, there is a weaker presumption of validity than if judicial review of statutes is sought Even so when the legislature explicitly leaves a matter to the discretion of an administrative authority, the courts have adopted a restrained attitude. It has been said that we can’t question the legality of the exercise of discretionary power unless and until it has been abused.

There are a number of counterclaims against the judicial review turned down as judicial overreach. There are claims that the Supreme Court’s new role violates the doctrine of separation of powers; it is claimed that by formulating policy and issuing directions concerning various aspects of the country’s administration, it has intruded into the realm of the executive and legislature. In the end, the judicial review confirms the justice and creates further judicial activism, but at the same time, there is a risk that it trespasses into legislative and executive powers. These limitations were brought with intent in creating balance and harmony between the judicial review and overreach.

A Sanction is Must for Legal Action Against Public Servant: SC
Kartar Singh v State of Punjab
Economic and Legal Relief to Assist Low-wage Workers
2021-07-24
Previous Post: Legal Status of Women and Children of Live In Relationship
Next Post: Legal and Ethical Aspect of Organ Transplantation in India