HOW AND WHO PROTECTS THE HUMAN RIGHTS OF REFUGEES? 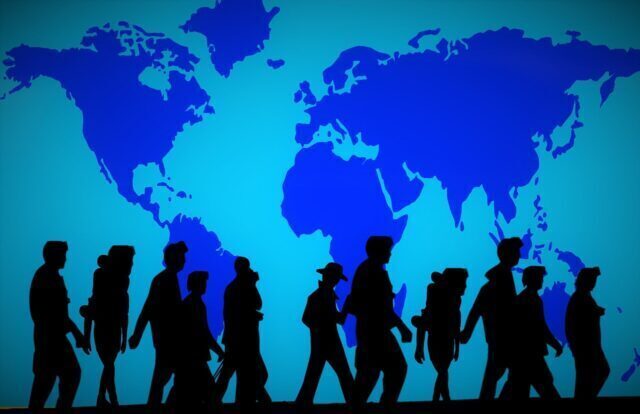 Human rights abuses are a primary cause of refugee departure and a major impediment to their safe and voluntary return home. As a result, protecting human rights in countries of origin is crucial for both preventing and resolving refugee issues and it must also be respected in order to safeguard refugees in asylum-seeking nations.

Some people argue that the international law of human rights is little more than a collection of idealistic ambitions defining an ideal society that bears no resemblance to reality. Those who work with refugees may be especially prone to this viewpoint.

States are responsible for safeguarding their people’s rights, and a refugee is someone who has fled his or her home country and is unable or unwilling to return due to a substantial threat to his or her life or freedom. When governments are unable or unwilling to do so, individuals may be compelled to flee their nation in search of safety abroad. If this happens, another country will have to step in to protect the refugees’ basic rights and this whole process is termed International protection.1

The 1951 Refugee Convention and its 1967 protocol provide the backbone of the international protection system, which is supplemented by regional treaties and declarations that also cover refugee rights. International refugee law, on the other hand, does not work in a void. It is best understood in the context of international human rights law, which dates back to the Universal Declaration of Human Rights in 1948, as well as international humanitarian law (the law of war).2

The work of the UN High Commissioner for Refugees (UNCHR) is based on this larger international legal framework. After WWII, the United Nations General Assembly established UNHCR to assure worldwide refugee protection and to cooperate with nations to develop long-term solutions to refugee issues.

What role does UNCHR play?

UNHCR is working with nations to explain, clarify, and build on the existing corpus of international law established by the 1951 Refugee Convention. It has initiated a number of efforts in recent years aimed at bolstering the Convention as well as encouraging the search for durable and secure solutions for the world’s dislocated peoples.3

The most important global refugee conference in half a century, held in 2001, adopted a historic declaration confirming member governments’ adherence to the 1951 Refugee Convention. UNHCR developed the “Agenda for Protection” through a series of global consultations, which continues to serve as a guide for governments and humanitarian organizations in their efforts to increase global refugee protection.

Defend yourself against being compelled to return

Human rights breaches are a threat to refugees in their home countries. The work of the UNHCR to guarantee that they are not subjected to refoulement is a direct and effective method of ensuring that their basic human rights are protected. Refugees who were forcefully returned to their countries in the recent decade have been killed, tortured, unjustly incarcerated, or forced to live in terrible insecurity. Preventing refoulement is effective, and in some cases, the only, way to avoid additional human rights violations.

Those who escape their own nations in quest of safety abroad do so because their human rights are being violated at home. When a person is judged to have a “well-founded fear of persecution,” it means that one or more of his or her essential human rights are being violated. In most circumstances, determining that a group of persons fleeing violence or major public disorder are prima facie refugees’ entails admitting that they are victims of human rights or humanitarian law abuses.

If the situation in the country of origin has fundamentally altered, supporting and monitoring the safety of refugees’ voluntary returns allows them to re-establish themselves in their own community and exercise their basic human rights. Furthermore, monitoring returnees’ safety is a way of ensuring that they do not face the same human rights violations that drove them to escape. In a small number of circumstances, aiding refugees to be integrated locally or relocated in another country is a way of ensuring that refugees who are unable to return to their home countries can find a new home where they can establish a legal status and exercise essential human rights.

Staff from UNHCR carry out actions like this on a daily basis in nations all over the world, making UNHCR is the biggest active UN human rights organization. Despite the fact that the 1951 Convention and/or the 1967 Protocol have been signed by over 125 countries, several countries currently host substantial numbers of refugees and have not ratified either treaty. It is difficult to establish a legal foundation for the protection of refugees in a nation that is not a signatory to the refugee law treaties. However, since they have achieved the status of customary international law, a few international human rights principles are generally applicable. The United Nations High Commissioner for Refugees and many academics believe that the norm of non-refoulement is a component of customary international law. Furthermore, several jurisdictions that are not signatories to refugee law treaties are signatories to human rights treaties with provisions that assist refugees.