HISTORY OF ARBITRATION IN INDIA 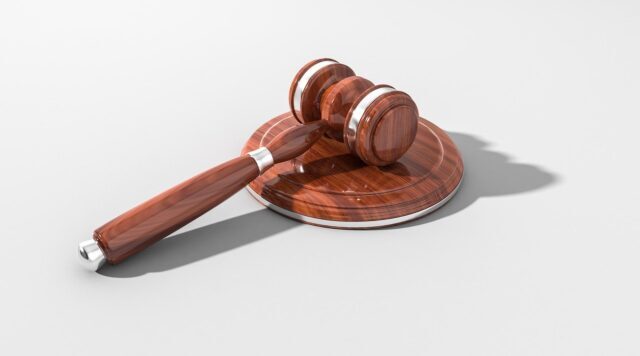 The given article seeks to explore the evolution of the Arbitration laws in the Indian sub context from stem to stern. The article traces the journey of Arbitration from the enactment of the very first legislative piece in 1899 until the most recent amendment of 2019.

In order to decipher the insightful journey of the arbitration laws, it shall be necessary to first comprehend the meaning of the term ‘arbitration’. Colloquially speaking, the term ‘arbitration’ basically means an adjudication of disputes by an impartial and independent third party i.e. arbitrator. Thus, arbitration is a private, out of the court procedure. Regular court procedures are usually complex, expensive, and time-consuming. Adjudication of the disputes via the less formal and alternate forums such as the ‘arbitration’ provides a more effective and speedy resolution of disputes.

Thus, Arbitration is the result of written agreements between the parties wherein the parties agree to submit the accruing present or future disputes arising out of a legal relationship between them to an arbitrator.

ARBITRATION PRACTICE IN THE ANCIENT WORLD

The practice of arbitration has been pervasive throughout the world since ancient times. King Solomon of the ancient Jewish empire is usually hailed as one of the first arbitrators as per the Old Testament. The book by Elkouri and Elkouri1 describes in length the arbitration proceedings of Solomon that bear resemblance to the modern-day arbitration practice. Further, the Greece historian Homer also gave detailed accounts of arbitration in his poem wherein the third party adjudicators settled the disputes between the masses.

In the Indian subcontinent, mentions of arbitration can be found in ancient texts of Brhadaranayaka Upanishads2 that mentioned about srenis, kulas, pugas, and other autonomous bodies which adjudicated arbitration proceedings. Instances of local adjudication of disputes without the intervention of courts via the panchayats can also be found in Mauryan and Mughal times. Even today, the Khap panchayats are examples of such extra-judicial bodies that arbitrate disputes among the parties involved.

SCOPE OF THE LEGISLATIVE ENACTMENTS

1. THE INDIAN ARBITRATION ACT 1899
The said Act3 came into force on 1 st July 1899 and was drawn on the lines of the English Arbitration Act. It was the first legal attempt to formalize and codify the laws and procedures pertaining to the arena of arbitration by filling in the void created due to the absence of legislative enactments. The Act sought to amend and facilitate the process of Arbitration by agreement between the parties which therein gave away the need for engaging in the long-drawn tedious and complex procedures of the civil laws. However, the applicability of the Act was limited only to the presidency towns of Madras, Bombay, and Calcutta.

The Act provided that if the parties explicitly agreed in writing to refer to an arbitrator in the event of any dispute, then in the event of an eruption of any dispute, an application could be made to the court, having jurisdiction in the said matter, to enforce the arbitration agreement, the subject matter of which should be legal off course, in accordance with the provisions of the agreement and appoint an arbitrator, in absence of any agreed provision for appointment of any specific arbitrator between the parties thereto.

The Act lays down in length and breadth about the ifs and nots for appointment of an arbitrator, procedure for the perusal of the evidence, grounds of mistake for setting aside an arbitration award, powers of the court to enact arbitration agreement, enforcement of arbitration award, stay of proceedings, award of the decree, and a host of other provisions.

2. THE ARBITRATION ACT 1940
The act4 provided systematic and comprehensive legislation on arbitration by improving upon the shortcomings of the previous Act. It came into force on 1 st July 1940 and extended to the entire Indian territory except for the State of Jammu and Kashmir. The Act sought to amend, bolster and integrate laws relating to arbitration and provide for a hassle-free arbitration experience, thereby saving the precious time of civil courts.

The major flaw of the Act was that it only dealt with adjudication of domestic arbitration rewards and had no imbibed provision for the enforcement of foreign awards. Further, ineffective application of the provisions of the Act, leading to irregular and faulty proceedings gave a major blow to the applicability and usefulness of the Act. In the case of Guru Nanak Foundation v Rattan Singh5, the Supreme Court lamented over the inefficacious working of the Act which had led to time-consuming and complex procedural claptraps.

Despite the inherent malaise in the applicability of the act, combined with other infirmities, the act remained operational until the year 1995. The economic liberalization policy of the 1990s necessitated the creation of a favorable and conducive business environment so as to attract investments and provide speedy dispute resolutions, thereby enhancing the ease of business. Now, in order to simplify the tedious and complex court procedures and facilitate the businesses, arbitration as a method for commercial dispute resolution was encouraged and it was in this background that the Arbitration and the Conciliation Act 1996 was passed by the parliament.

3. THE ARBITRATION AND THE CONCILIATION ACT 1996
The act6 came into force on 25th January 1996 and repealed the Arbitration Act 1940. The Act was enacted in consideration to and in consonance with the UNCITRAL Model Law on International Commercial Arbitration.

The Act provides for domestic as well the foreign commercial arbitration coupled with the enforcement of the international awards. The Act for the first time carved out an avenue for the process of conciliation. The Act is divided into four parts, spanning 87 Sections. Part 1 provides for the procedural details of domestic arbitration and Part 2 provides for enforcement of certain foreign awards in the light of New York and Geneva conventions while Part 3 deals with the aspect of Conciliation by elucidating it in length and breadth.

In the case of Bhatia International v. Bulk Trading S.A. and Another7, it was held that the arbitration benches seated outside India shall be subjected to Part 1 of the 1996 Act unless it was impliedly or expressly excluded.

The Act gives paramount importance to the autonomy of parties which can be adduced by the expressions used in the Act such as “with the agreement of the parties” every now and then. The Act underpins the necessity of the arbitration agreements for enforcement of arbitration proceedings, gives full autonomy to the arbitration tribunal to carve out the procedures, and seeks to clearly distinguish between arbitration and conciliation. Moreover, the Act intends to provide for speedy resolutions which could be deduced from the fact that it did not provide a second appeal except for an appeal to the SC.

In the case of Centrotrade Minerals and Metals Inc. v. Hindustan Copper Ltd8, the court underpinned the fair and impartial adjudication process of the arbitration tribunals that gave paramount consideration to the party autonomy and safeguards therein. However, the court criticized the cumbersome procedure for setting aside the arbitration awards.

Given the beneficiary aspect of the said Act, it suffered from the twin malady of excessive court intervention and procedural expensiveness. Challenge of an Arbitral award under Section 34 of the Act would put an automatic stay on the execution of an award thus, making it executable. Also, a charge of excessive fees by the arbitrators and absence of time limit for adjudication of the arbitration award would make the option of arbitration altogether as a means for dispute resolution unfeasible and cumbersome.

This necessitated the needful improvisations in the said act and hence the Arbitration and Conciliation Amendment Act was passed in 2015, incorporating the required amendments.

The case of Perkins Eastman Architects DPC and Ors. vs. HSCC (India) Ltd.10 dealt with the unilateral appointment of the arbitrators, wherein the two judges bench of SC held that a person who was ineligible to act as an arbitrator cannot appoint one of his choices and the court could exercise its power under the Section11(6) of the Arbitration Act 1996 and appoint an independent arbitrator to maintain fairness and impartiality of the proceedings.

In spite of the much-sought amendments brought in by the Amendment Act of 2015, the lack of institutionalized arbitration mechanism was deep-rooted in the country. In order to perpetuate the institutionalization of systematic arbitration, an ad-hoc committee headed by Justice B.N Srikrishna was constituted. On the lines of proposed improvements suggested by the committee, the Arbitration and Conciliation Amendment Act 2019 was enacted.

The practice of arbitration as means for the settlement of commercial disputes has been a popular tool. Being speedy, cost-effective, and efficient, it provides viable options for the resolution of disputes that would otherwise take tremendous time, cost, and effort of the parties involved under regular civil litigation. The legislative enactments in the field of arbitration underwent major amendments since 1899 in order to keep abreast with the latest developments. The recent amendment of 2015 and 2019 took leap-bound steps to inculcate practices that would encourage transparency, independence, and impartiality of the arbitration proceedings, thereby preventing unnecessary intervention of the courts and ensuring speedy and timebound disposal of the cases.