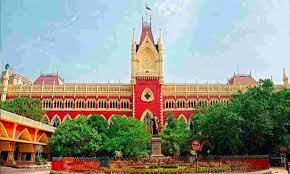 Extend of Interim Orders Until August 20 by Calcutta High Court

In light of the COVID-19 situation in West Bengal, the Calcutta High Court resolved on Friday to extend the duration of all interim decisions issued by the High Court and its subordinate courts, including the Tribunals inside West Bengal and the Andaman & Nicobar Islands, until August 20, 2021. A Full Bench comprising Acting Chief Justice Rajesh Bindal, Justices IP Mukerjee, Harish Tandon, Soumen Sen, and Subrata Talukdar issued an order to that effect.

We extended the interim orders imposed in this Writ Petition till August 20, 2021, in light of the West Bengal government’s extension of restrictions related to the Covid-19 epidemic,” the order stated.

On March 24, 2020, the first such order was issued. This order’s applicability was extended until June 30 on April 23, and again until September 30 on June 24. The Court ruled on August 7 to prolong the duration of interim orders until November 30. It was extended in November until February 28, 2021, and then until March 31, 2021.

Apart from extending the duration of interim court orders, the August 7 ruling had also allowed for the following;

Last March, the Court decided to dismiss a suo motu writ petition filed to determine whether to prolong interim orders amid the epidemic, claiming that such restrictions did not need to be extended until March 31. However, when COVID-19 limitations were re-imposed in the state, the High Court has resurrected these actions and prolonged the duration of interim orders once again. On August 13, the case will be examined again and will be considered.