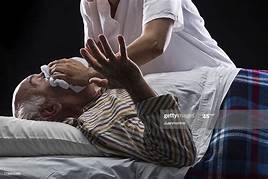 Euthanasia and Right to Die with Dignity – A Socio-Legal Study

“I think those who have a terminal illness and are in great pain should have the right to
choose to end their own life, and those that help them should be free from prosecution.”

While survival is unquestionably important, life may also be unpleasant and terrifying at times under certain circumstances. Euthanasia is nothing more than permission or license given to a medical provider to end the life of a person. Though the Constitution of India allows a feasible way of living a healthy and dignified life, it does not allow for voluntary death. The practice of euthanasia raises complex questions of legal and execution conformity in countries all over the world. Every individual wishes to live and enjoy life till the end of his or her days. However, there are certain instances when a man wants to end his life on his own volition, no matter how strange it is to end one’s life in such an unconventional way.

The phrases ‘euthanasia‘ and ‘thanatos’ are derived from the Greek words ‘eu’ and ‘thanatos,’ which mean ‘happy death’ or ‘easy death,’ respectively. When a person takes his or her own life, we call it “suicide,” but when others take a person’s life at the desire of the dead, we call it “euthanasia” or “mercy killing”. It is the physician’s painless end of the life of an acutely suffering patient at the patient’s request1.

As a corollary, euthanasia is identified with those who are suffering from a fatal disease or incapacitation and refuse to live the remainder of their lives in misery and suffering. A terminally sick or disabled individual should be able to choose whether or not to live. Euthanasia is a divisive topic that touches on a society’s ethics, integrity, and principles.

Euthanasia is usually performed when a person wants and requests relief; however, When a person is unable to make such a request, euthanasia is employed as a last resort.

On the basis of informed consent:

On the basis of its manner:

● Voluntary Euthanasia: Euthanasia is deemed voluntary when it is carried out with the patient’s expressed wish and agreement. The ability of the terminally ill patient to choose whether or not to end his or her life, a choice that serves his or her best interests as well as the interests of others, is at the heart of voluntary euthanasia. In this circumstance, it can be demonstrated that the permission given should be free of any sense of obligation, i.e., the decision to utilize Euthanasia was an example of unconstrained self-determination. This is the most widely accepted form of euthanasia on a global scale.

● Involuntary Euthanasia: Involuntary euthanasia is euthanasia that occurs against a person’s will and is frequently seen as murder. As a result, involuntary euthanasia happens when the patient has refused to consent to the surgery and is an unwilling participant. During World War II, Nazi Germany carried out similar executions in gas chambers involving physically disabled or mentally handicapped persons. It appears to be immoral and brutal.

● Non-Voluntary Euthanasia: It refers to the death of someone who is not psychologically capable of making an informed death request, such as a comatose patient. The patient has not left a living will or provided any prior directives in non-voluntary euthanasia because he may not have had the opportunity to do so or may not have foreseen any such catastrophe or scenario. Family members are frequently the ones who make the choice in circumstances of non-voluntary euthanasia. This includes cases where a person is in a coma/ too young/ absent-minded/ mentally challenged/ severely brain-damaged.

● Active Euthanasia: The act of intentionally reducing one’s life is known as ‘active’ Euthanasia. Active Euthanasia is the practice of putting people to death without suffering for compassionate reasons, such as when a doctor gives a patient a deadly amount of medicine. In this instance, a person cannot inflict his own death and must rely on the assistance of someone else to administer a lethal prescription. Active euthanasia is banned in India and is a crime under sec. 302 of Indian Penal ode, 1860 or at the very least section 304 of the Indian Penal Code, 1860.

● Passive Euthanasia: Postponing medical care in order to prolong life, such as withholding antibiotics when a patient is likely to die if they are not provided, or removing the heart-lung machine from a coma patient, are examples of passive euthanasia. Passive Euthanasia is the purposeful absence of a life-prolonging act. It entails failing to take action to avoid death, such as when a doctor refuses to use a device that would keep a terminally sick patient or a patient in a persistent vegetative condition alive. In India, passive euthanasia is the sole legal manner to administer euthanasia. The physicians are not intentionally murdering somebody in “passive euthanasia,” they are just not rescuing him.

The subject of whether or not to allow a person to die has been debated by Indian courts on several occasions. State v Sanjay Kumar2 was the first case in which such an issue was raised before an Indian court. The Indian Penal Code, 1860, Section 309, is outdated and unfit for Indian society.

In Maruti S. Dubal v State of Maharashtra3, the Bombay High Court found Section 309 to be unconstitutional because it violated Article 21 of the Indian Constitution’s right to life, whereas the Andhra Pradesh High Court found Section 309 to be constitutionally valid in Chhena Jagadesswer v State of Andhra Pradesh4. The Bombay High Court observed in Naresh Marotrao Sakhre’s5 case that suicide is, by its very nature, an act of self-killing or self-destruction, an act of ending one’s own life without the help or support of any other human agent. On the other hand, euthanasia, often known as mercy killing, refers to and implies the use of another human agency to end a person’s life. As a result, mercy killing is not the same as suicide. Both legally and factually, the two notions are separate. Whatever the circumstances, euthanasia or mercy killing is nothing more than homicide.

The Supreme Court declared Provision 309 of the Indian Penal Code to be legally legitimate in Gian Kaur v. the State of Punjab6, however in the current situation, even though this section is constitutional, it is time for the Indian government to repeal it because it is outdated.

The Law Commission of India’s 196th report went into great detail on the subject. The main question before the Law Commission was whether or not terminally sick individuals should be denied or denied medical treatment (including artificial nourishment and hydration).

The Law Commission addressed a number of issues, including who are competent and incompetent patients, what constitutes an informed decision, what constitutes a patient’s best interests, and whether patients, their relatives, or doctors can petition a court of law for a declaration that a doctor’s act or omission, or a proposed act or omission, is lawful, and, if so, whether such a decision will be binding on the parties and doctors in future civil and criminal proceedings. The Law Commission suggested enacting legislation to safeguard terminally ill individuals who refuse medical care, such as artificial nourishment and hydration.

The Law Commission further stated that, while medical practitioners will contact the patients’ parents or close relatives, it is the doctor’s right to make a clinical choice based on professional medical opinion and the doctor’s decision should be based on the Medical Council of India’s norms. The treating physician was not given the option of selecting an expert of his own choosing.

Euthanasia is an intensely stressful and sensitive topic that sometimes leads to disagreements and misconceptions. Given its wide use in the media and scholarly research, it lacks a consistent set of ideas and meanings. Euthanasia dialogues are frequently ill-informed and ineffective, resulting in more frustration than answers. The debate over good death is an existential, emotionally charged, and ethically controversial discourse that will almost certainly continue to be a severe social and legal burden.

The crux of the problem is that individual autonomy and rights must be fostered in order for an individual to make decisions about his or her own life and death, but the right to life must be vigorously safeguarded. Suicide has become criminal in general as a result of the Gian Kaur case, but euthanasia has not. In Aruna Ramchandra Shanbaug v. Union of India, our Supreme Court has recognized passive euthanasia, stating that while passive euthanasia is admissible under the law in rare situations, active euthanasia is not. When legislation on the subject is drafted to avoid euthanasia malpractices and misuse, the suggestions made in the Law Commission of India’s Reports and the directions offered in the Aruna case must be taken into account. Furthermore, if the aforementioned proposals are adopted, the risks of euthanasia being misused would be considerably decreased.

Aside from religious and moral considerations, the ideas of life and death have been altered as a result of the expansion and development of science and technology. Medical science has advanced to the point that it is now possible to prolong both life and death. This knowledge makes it possible to prevent death in those who are in excruciating agony to a substantial extent.

This article is written by Sanskar Garg of the School of Law, Devi Ahilya University, Indore.