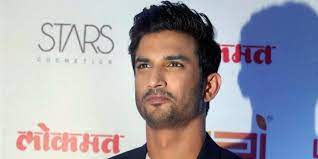 The court today has declined to stay the release of the film Nyaay: the justice which is based on the life of Sushant Singh Rajput. So the K.K Singh had made an Appeal that the movie has been released on a website and he sought to stay on its release on any other OTT Platform and in cinema halls.

The division bench of Justice Anup Jairam Bhambhani and Jasmeet Singh, while issuing a notice for July 14 to the respondents in the Appeal filed by Singh, said that there was nothing in this movie that would affect the investigation in the SSR case.

The court further said that you have not written a script or a story that has been used by the filmmaker. There is nothing that they have or they could have had. Expect what is available in the public domain. Therefore, the movie is something which the public is interested in and they have made just a movie. The court stated. The bench further added that there does not seem to be any interference in the investigation because of the production of movies on Rajput’s life. It further said that is it your case that life story of that celebrity is itself copyrightable which is nothing in material form asked the court.

Senior Advocate Harish Salve, representing K.K Singh, said that the Rajput was an extremely successful actor and the filmmakers were using his personal life story. There is a right of a father to protect the reputation of his son. So K.K Singh’s lawyer said this in front of the court. The Bench further said that we will have it on 14th July, while hearing the application of Rajput’s father Krishna Kishore Singh, in the appeal against the single judge order refusing to stay the release of the film. And also said that I’m not disposed at this stage.