An arbitration proceeding is quasi-judicial-analysis 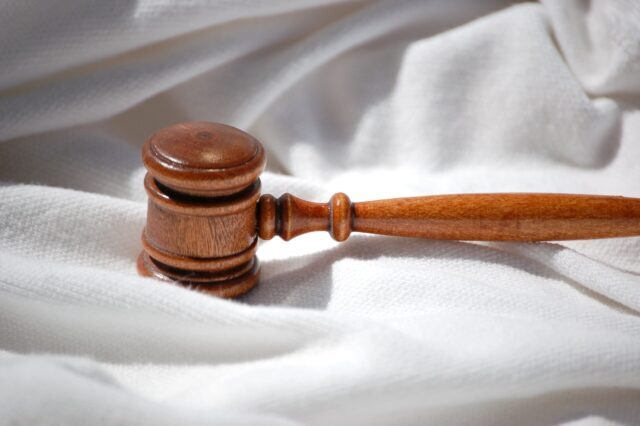 ARBITRATION is a means of resolving a disagreement between two or more parties by the involvement of a third party. Parties can also use a permanent arbitrator to settle their disagreements. Institutions such as the Indian Council of Medical Research Arbitration, the Chamber of Commerce, and other similar institutions are available. Arbitration is defined by Halsbury as follows:
“Arbitration is the process of resolving a dispute between at least two parties.” A person or body that makes a decision after hearing both sides in a judicial way is a person who isn’t a judge in a court of competent jurisdiction.

Arbitration Agreement implies an agreement between the parties to submit all or certain disputes that have occurred or may arise between them in respect of a defined legal relationship, whether contractual or not, to arbitration, according to Section 7(1) of the Act. An arbitration agreement should be in writing and both parties should sign it. It doesn’t have to be in a particular format. The intention to go to arbitration must, however, be proved.

An arbitration agreement can be reached via letter, telex, telegram, fax, or other means. When creating an Arbitration Agreement, extreme caution should be exercised. The statute places a strong emphasis on party autonomy. In most passages, it assumes that unless particular matters are specifically included in the Arbitration Agreement, the arbitral tribunal will have the authority to decide on them. With the exception of a few mandatory requirements in the Act, practically all of the provisions are subject to the parties’ agreement. The number of arbitrators, the mechanism for appointing arbitrators, the rules of procedure, the site of arbitration, the language of the arbitration proceedings, the procedure for challenging an arbitrator, and other factors are up to the parties to decide.

In general, any disagreement of a civil or quasi-civil nature that can be resolved by a civil court can be referred to as arbitration. Arbitration can be used to resolve disputes involving property, the right to hold any office, questions of marriage or maintenance and money, compensation for non-fulfillment of a contract clause, partnership issues, and so on. With the permission of the court, the official receiver or the official assignee can submit conflicts between an insolvent and his creditors to arbitration. Thus, arbitration can be used to resolve conflicts arising out of a defined legal relationship, whether contractual or not.

Although anyone can be nominated as an arbitrator, normally impartial and independent people in whom the parties have faith should be chosen and appointed. Chartered accountants, company secretaries, engineers, retired judges, and other experts are frequently sought.

Parties are free to choose the number of arbitrators they want, as long as it is not an even number. If the Arbitration Agreement is silent on this point, the arbitral tribunal will be made up of only one arbitrator. Each side will nominate one arbitrator, and the two appointed arbitrators will jointly appoint a third arbitrator, who will be the presiding arbitrator, in circumstances where three arbitrators are required.

The Arbitrator should allow the parties to the reference a reasonable chance to appear before the Arbitral Tribunal in person or through an authorized representative and present evidence in support of their respective claims. Whether the information is delivered orally or in the form of a document, an arbitrator shall not receive information from one side that is not disclosed to the other.

Arbitrators must be impartial and disinterested. He must have no financial or other vested interest in any of the disputants or the outcome of the award.
Arbitration is a private dispute-resolution tribunal. As a result, if either party to the reference or the arbitral tribunal objects to admission, the public may not be allowed. Section 12 states that before accepting his appointment, the arbitrator must inform the parties in writing of any facts that could give rise to reasonable doubts regarding his independence or impartiality. The same is true throughout the arbitral procedures, and if such situations emerge after his appointment, he must notify the parties in writing. The Sixth Schedule to the Act, established by the Amendment Act of 2016, specifies the format of disclosure to be provided by the arbitrator.

The 1996 Act authorizes arbitrators to rule on their own jurisdiction, including any criticisms to the validity or existence of the arbitration agreement, and for that purpose, a) An arbitration clause that is part of a contract will be treated as an agreement separate from the other terms of the contract, and b) A decision by the arbitral tribunal that the contract is null and void will not ipso jure imply the invalidity of the arb agreement.

AN OVERVIEW OF THE LAW ON ARBITRATION (wirc-icai.org)